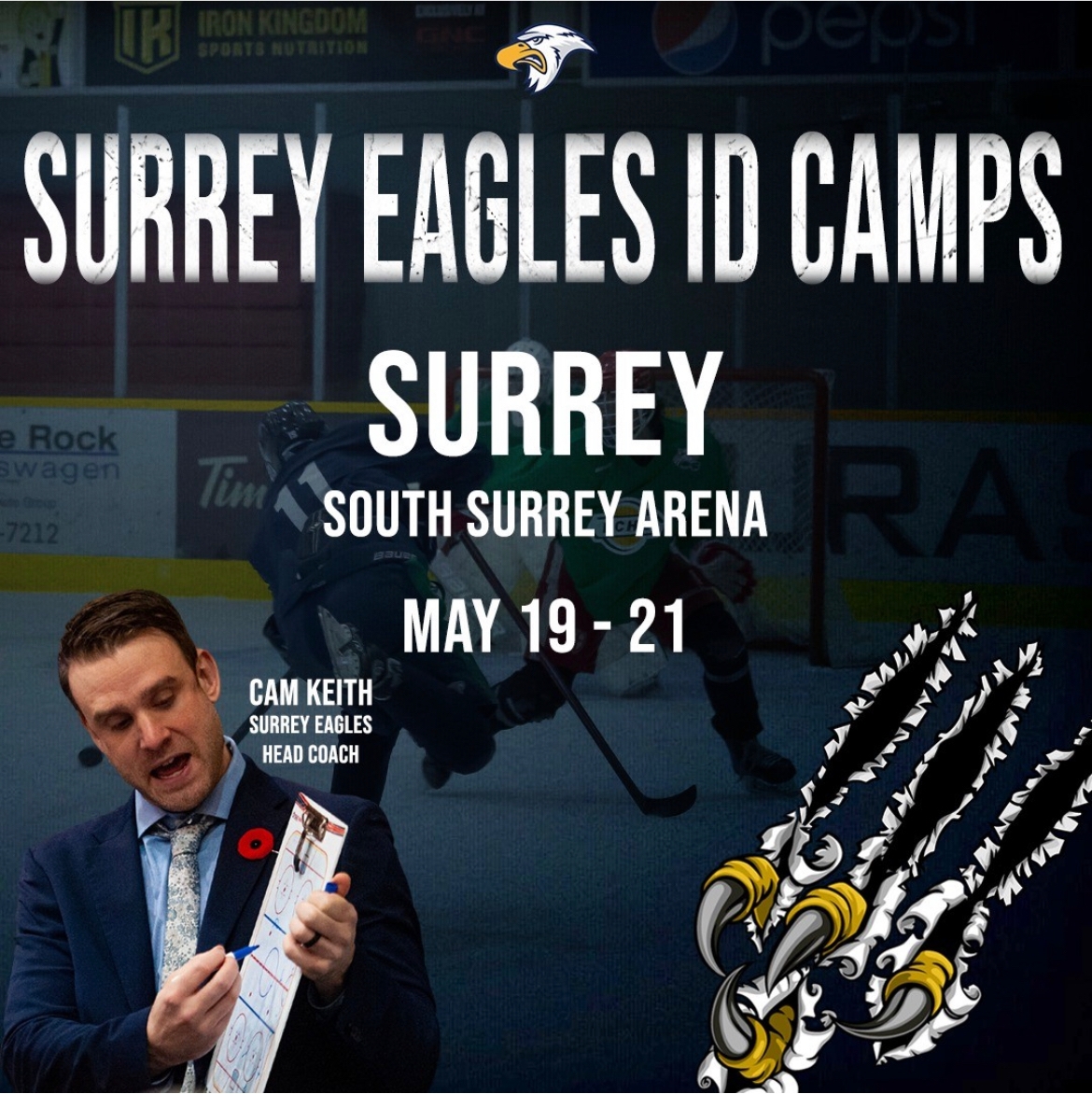 The Surrey Eagles Coaching staff along with Eagles Head Coach Cam Keith, will be using these camps as a measurement to evaluate, and scout players to invite to our Eagles Main Camp

The Surrey Eagles Organization saw many prospects who were able to secure an invite to its Eagles Prospects Only Invite Camp after being selected out of one of these Spring Camps. These Spring Camps allow players to showcase themselves and fight for a spot at the Eagles Main Camp.

Spring Identification Camps run three days (Friday - Sundays) and include one on one contact with our head coach, camp games and practices, educational seminars and much more.

Registration Portal for the 2023 Surrey Location Spring ID Camp is now open. Applicants will be contacted shortly with further details regarding schedule, ice times, and other protocols. We thank you for your interest, and look forward to seeing you on the ice!

Selected Players that advance from the Surrey camp will be invited to attend the Eagles Prospects Only Invite Camp in July.

This camp will include current Eagles Players and Selected Players from Eagles ID camps. Evaluations and Eagles commitments will be announced at this camp. This group in July will be 60 Players, which will include an All Star game, Fitness testing, team T-shirt, and parents meeting.

All purchases are final.

Choose your position and birth year below: